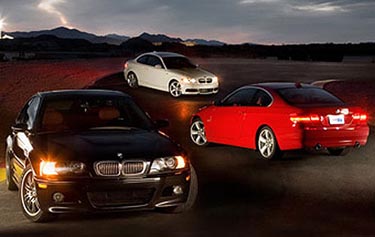 BMW is a well-respected name, both in terms of luxury and performance, but how do its cars compare against one another? In the video embedded below, Inside Line takes three of the hottest sports coupes coming out of Bavaria and pits them against one another to discover their defining differences.

Featured in the video are the all-new 2008 BMW 135i, the 2008 BMW 335i, and the legendary 2002 BMW M3. You would think that the M3 would destroy the other two in terms of performance, but it is boasting technology from six years ago. Will the new BMW 135i trump them all with its distinct focus on driving fast? Is the old E46 platform paled in comparison to the new E87 and E90 platforms?

Watch the video to find out. Let’s just say that the reviewers are “in awe of the new 3.0-liter turbo engine’s ability to be turbine smooth and locomotive powerful.”