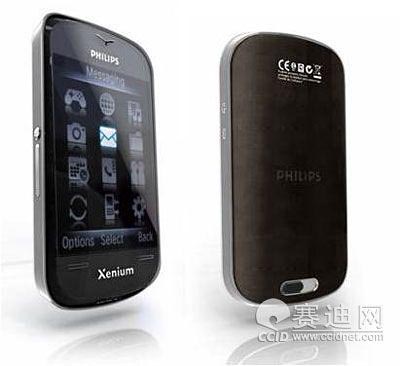 Or so they would want you to believe. It seems that Philips is jumping into the touchscreen cell phone game as well with the apparent arrival of the Xenium X800. Much like the HTC Touch, LG Prada, Samsung Instinct, and Apple iPhone, the Philips X800 appears to lack any sort of physical keyboard, opting instead to offer its wares through a large touchscreen display.

According to this picture attained by CCID of China, the Philips Xenium X800 seems to come with a user interface that is not unlike the Samsung Croix. Others say that it bears some resemblance to the XMB found on the PSP and PS3. Details are pretty scarce at this point, but looks like this thing doesn’t have a camera either.

Based on my previous experience with other Philips products, I don’t think Cupertino has anything to be worried about in the Xenium X800. Current rumor has this touchscreen phone launching in Hong Kong under the Vodafone banner.