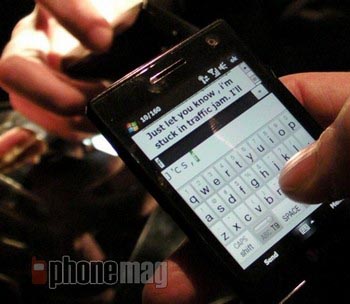 It started with the HTC Touch. It continued with the release of the HTC Touch Dual and the HTC Touch Cruise. Today’s unveiling, however, could prove to the best device to date. Revealed today was the highly anticipated HTC Touch Diamond, the latest in the TouchFLO-powered line of Windows Mobile smartphones from the good people at HTC. And this thing is an absolute beauty.

It doesn’t have a physical QWERTY keyboard like so many other HTC devices and this is largely because of its “touch” tendencies. The idea is that you are able to surf the web, make calls, and do everything that you need to do with a single touch.