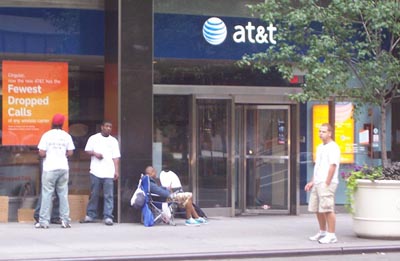 According to an internal memo circulating through AT&T and all of their retail stores, employees are not allowed to take any vacations this year between June 15 and July 12, because they expect a sudden surge in traffic and customers. Now, let’s see why they would be expecting a sudden surge in the number of people coming through their doors and making purchases… what could be launching during that time?

Oh right! The 3G iPhone from Apple! We realize that the keynote for WWDC is scheduled for June 9th, but it could be that the 3G iPhone won’t officially be available to the masses until June 15th. The crowds will surely be gathering at Apple and AT&T stores during that initial period and that could explain why AT&T is barring any employee vacations during that time.

Here’s yet another reason to believe that the second coming of the Jesus phone is, um, coming. What about Canada? When do we get it?