That seems to be pretty much the norm when it comes to getting the GSM CrackBerry devices over to CDMA networks. Just look at handsets like the Pearl and the Curve! In terms of specs, the Niagara gets a large screen, EV-DO Rev.A, aGPS, 3.2 megapixel camera, 4.7 OS, and BES 5.0 support.

But wait, there’s more. It turns out that there is yet another variant and it’s being bandied about as the BlackBerry Javelin. This is a 2.5G device that is more in line with what we originally thought the Niagara was going to be. It’s got quad-band GSM/EDGE, GPS, Wi-Fi, 4.6 OS, and a 480×360 LCD. 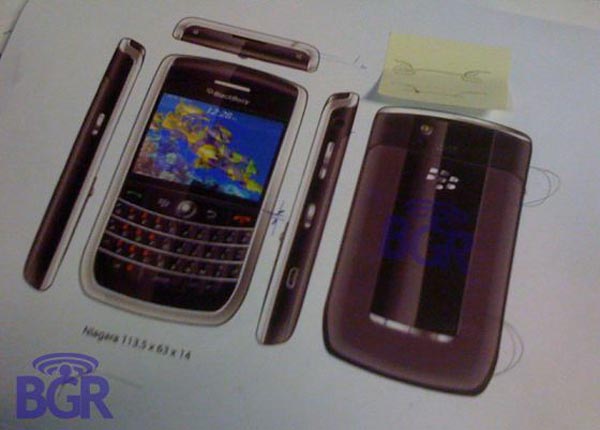