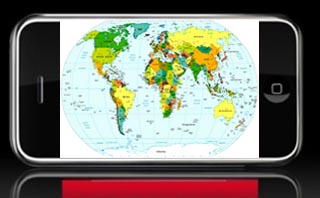 The Apple iPhone may have started its modest (haha) journey in just the United States, but its appeal and influence is quickly spreading to all four corners of the globe. We’ve seen launches in places like France and the UK, as well as impending arrivals in my home country of Canada, and now the iPhone is going even further.

Vodafone, which runs a huge number of cellular networks all around the world, has announced that the Apple iPhone is set to launch in no fewer than ten additional countries. Among those getting graced with some love from Cupertino are Australia, the Czech Republic, Egypt, Greece, Italy, India, Portugal, New Zealand, South Africa, and Turkey.

There was no explicit mention as to whether it would be the current model or the upcoming 3G iPhone that would be making its debut in these countries, but seeing how the timeline just calls for “later this year”, my money is on the latter.