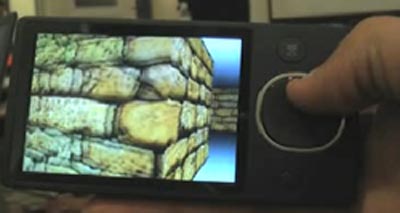 The iPod plays music and videos. The Zune plays music and videos. The iPod supports podcasts. The Zune supports podcasts. The iPod has ghetto games. The Zune… is getting games soon. Microsoft has announced that XNA, a development suite and platform that had previously been used for creating games for the Xbox 360, is coming to the Zune portable media player later this month.

Not every XNA title will be supported by the Zune from the get-go, but they will be working on adding more support as the community continues to grow. At this time, they only have four games running on the Zune, but all of the titles that will be coming will support up to 8-player ad-hoc wireless gaming. Developers can use the Xbox 360 controller with the XNA kit, mapping Zune actions to the controller.

You won’t be playing Halo 3 or GTA IV on your Zune any time soon, seeing how the portable media player has a paltry 16MB of RAM, but you will get to enjoy some crrrraaaazzzyy Tetris and Bejeweled action, I’m sure.