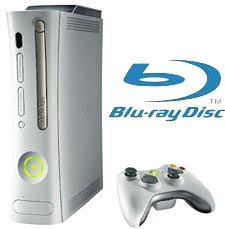 Late last week, we caught word that Pegatron had received a massive order from Microsoft wherein they produce a new batch of Xbox 360s with Blu-ray drives. Microsoft is now denying that rumor.

Chinese OEMs are heavily utilized by all sorts of electronics makers and it would not be anything out of the ordinary to turn to the Asustek subsidiary to produce their next batch of Xbox 360 video game consoles, and while that part may still be true, it seems that Xbox users will left out of the Blu-ray dance for now.

Microsoft re-confirmed that they have no plans to introduce a Blu-ray drive for the Xbox 360 and they will “remain focused on providing the largest library of blockbuster games available.” Like Grand Theft Auto IV.