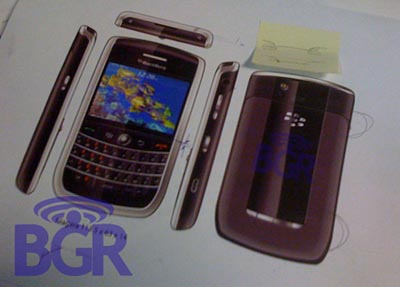 As you may already know, the BlackBerry 9000 will be a fairly pricey handheld when it eventually finds its way into the market. By removing the 3G radio, RIM is able to cut a few costs and make a version of the phone a little more affordable for those who don’t need 3G.

In terms of specs, the Niagara will probably get a similar treatment as the 9000. Cosmetically, the Niagara has a whole new back shell and the front part has a larger bezel.