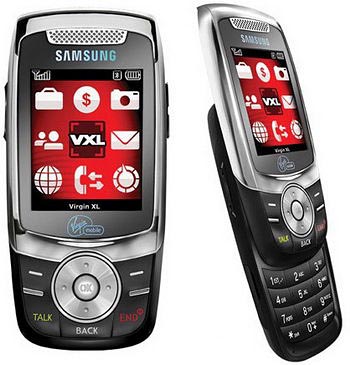 It’s not exactly a revolutionary device by any stretch of the imagination, but the upcoming Samsung Slash has to be one of the better looking phones to be offered by Virgin Mobile USA. The Samsung slider phone is set to be released with Virgin Mobile “in the near future”, but neither party is providing an exact release date.

The Samsung Slash comes equipped with a built-in camera of unspecified resolution, Bluetooth, a mobile web browser, and Spanish menus for anyone who prefers to ditch the English side of things. The battery has been rated at 3.5 hours of talk time and 170 hours in standby. The Samsung Slash measures 3.8 x 1.8 x 0.7 inches and weighs 3 ounces.

The phone is already officially listed on the Virgin Mobile site, but no price has been attached just yet.