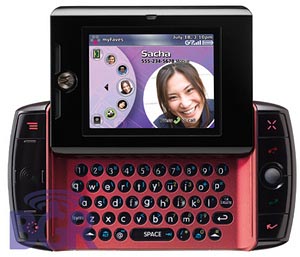 You’ve surely heard the rumors about the new Sidekicks that are supposed to arrive later this year, but very little information about the Sidekick Gekko and Aspen have been released until now. That said, Financial Times had an opportunity to sit down with Danger’s CEO and Hank Nothaft happened to have a new Sidekick prototype in his pocket.

Nothaft didn’t say explicitly that he had either the Gekko or the Aspen, but he did say that this was a prototype of the next Sidekick handheld. In describing its dimension, he said this this new device will be thinner than its predecessors and it won’t be as wide. Despite the smaller footprint and thinner profile, they were still able to plunk in a larger keyboard.

It sounds like the Sidekick 4 will bring the best of all worlds, giving you a larger keyboard in a smaller form factor. Nice.