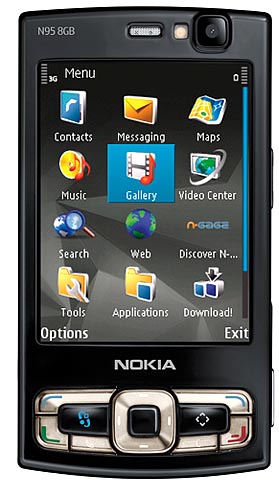 We had a pretty good idea that this was coming and now it has been officially confirmed. Rogers Wireless will be launching the Nokia N95 8GB on May 6th. That’s this coming Tuesday for anyone keeping score at home. This makes Rogers the first North American carrier to officially support Nokia’s flagship smartphone.

There’s no sense in going through the specs and features on this fantastic smartphone, because it has been written about ad nauseum in its unlocked form. What is notable is that Rogers is willing to sell the beefy handheld for just $399. The catch is that you need to lock yourself down a three-year contract, so I’m a little afraid to ask what is the unsubsidized price for the Nokia N95 8GB.

Seeing how it doesn’t have a QWERTY keyboard and doesn’t run on Windows Mobile, is the Nokia N95 eligible for that $7 unlimited surfing option? That’d be pretty sweet.