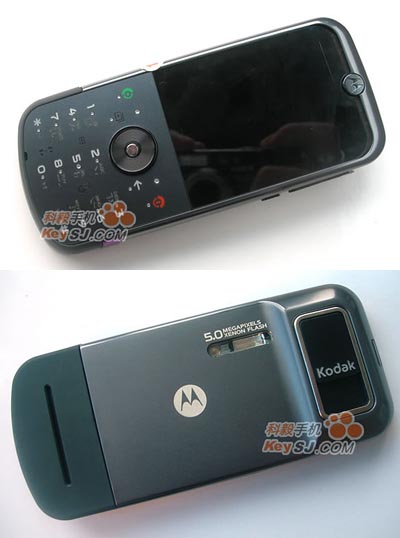 The Motorola ZN5 has yet to be announced by the crew at Moto, but we’ve managed to come across at least two spy pictures of this upcoming camera phone. Even though the phone isn’t officially official just yet, we do know a few things about its specs and features as well.

Perhaps the most notable thing about the Motorola ZN5 is that it is equipped with a 5 megapixel digital camera courtesy of Kodak, making it one of the first handsets to proclaim this relationship between Kodak and Motorola. The keypad appears similar to the ROKR E8, except it doesn’t have the morphing capability.

Rounding out the specs are a Linux-based operating system, Xenon flash module, and a remarkably slim profile a la the Motorola SLVR. The camera is also said to boast autofocus for crystal clear shots.