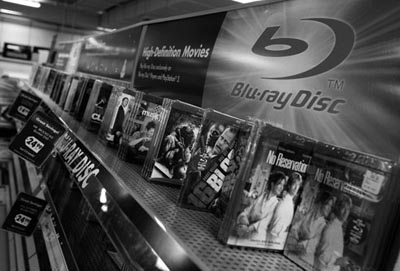 Ever since the monumental downfall of HD DVD and the official death of the format altogether, everyone seemed to expect that Blu-ray would gobble up all of the HD DVD deserters and rake in all sorts of crazy profit. As it turns out, sales numbers for Blu-ray movies after the end of the format war are no better than they were during the format war.

In fact, Blu-ray sales plummeted about 40 percent during January and February, only to get a two percent positive bump in March. This is not exactly what Sony was expecting when they were effectively crowned the winner of the next-generation high-definition format war. This is particularly disheartening if it were true that Sony paid Warner $500 million to back Blu-ray over HD DVD.

Some are saying that the reason for the lack of hoopla is that the average consumer can’t justify the extra cost involved in investing in a Blu-ray player (like the PS3), in addition to the fact that Blu-ray discs are pricier than their regular DVD counterparts. For most people, regular DVDs are “good enough.”