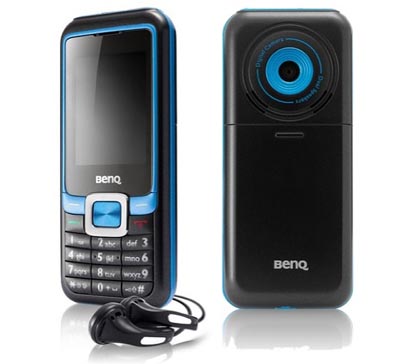 The BenQ brand may not be particularly well known in North America for its cell phones, but they’ve got quite a few handsets that are worth noting. While the BenQ C36 candybar phone doesn’t look like much from the outside, it actually gets equipped with quite a healthy smattering of features that you wouldn’t normally expect from a mid-range phone.

The BenQ C36 is officially being billed as a music phone and this much is obvious from its official promotional pictures. Even in the image provided here, you can see that a set of earbuds are sitting in front of the handset, reminding you that the C36 will be able to blast other everything from Barry Manilow to Britney Spears. But that’s not where the action ends.

In addition to its tune-loving nature, the BenQ C36 also has a 1.3 megapixel webcam, FM radio with recording capabilities, built-in speakers, voice note recorder, microSD expansion slot, 2-inch LCD, and something that they call the “health management” option that handles BMI and menstrual matters. No word on pricing, but we hear the initial launch will be this month in Indonesia.