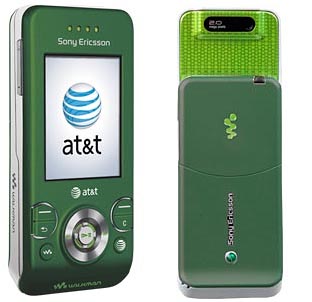 It’s far from being the most exciting phone in their lineup, but the Sony Ericsson W580i presents one of the best values to AT&T customers. And now you can express yourself with it a little more. It may be a little late to celebrate St. Patrick’s Day, but that hasn’t stopped AT&T from unveiling a green version of the popular Sony Ericsson W580i.

The green-toned slider phone does not appear to have any technical upgrades over its non-green counterparts, so this means that you still get a 2.0 megapixel camera, quad-band GSM/EDGE connectivity, integrated media player, and a reasonably slim profile. My friend has the gray and blue model, and she says that she loves it.

No word on pricing or availability at this point, but given the lack of technical upgrades, I’d imagine that the green Sony Ericsson W580i will cost the same as the other colors from AT&T.