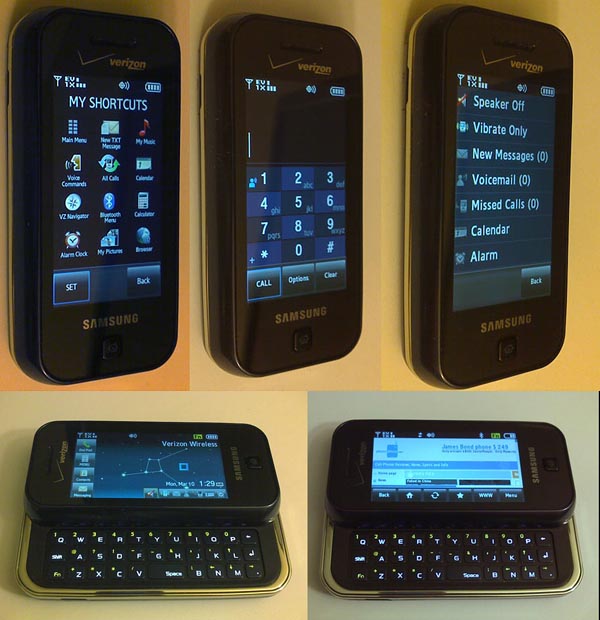 If you’re a member of the Verizon Wireless family, you will soon have the opportunity to play with another QWERTY-packing touchscreen phone. You may have seen the GSM version of this phone being bandied about as the Samsung F700 or maybe as the Samsung Glyde, but when the phone makes its way to Verizon next month, it’ll be dubbed the Samsung SGH-u940.

The features, as far as we can tell, are very similar to its GSM cousin. You still get a large 2.8-inch touchscreen display and a slide-out QWERTY keyboard. You still get VibeTonz technology and a “drag and drop” touch interface. The most notable downgrade, however, is that the Verizon take on the Glyde will have a 2-megapixel camera rather than a 3-megapixel.

The LG Voyager isn’t the only vibrating, touchscreen, QWERTY phone from Verizon anymore. Look for the Samsung SGH-u940 to launch in May for $299 with a two-year contract.