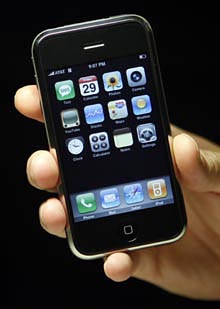 This news has certainly been a long time coming. Canadians have been anxiously waiting for months and now their prayers have been answered. Rogers Communications announced this morning that they will indeed by bringing the Apple iPhone to Canada later this year. No other details were released, but Rogers did manage to finally come to some sort of agreement with Apple.

It seemed like the biggest issue holding back the Canadian release of the iPhone was the revenue sharing model that Apple was seeking, much like the one that they have with AT&T in the United States. Because no more information was given, I’d say that it’s pretty safe to assume that it will be the upcoming 3G iPhone that’s coming to Canada. After all, Rogers has that whole HSDPA thing going on these days.

“We’re thrilled to announce that we have a deal with Apple to bring the iPhone to Canada later this year,” said president Ted Rogers in a brief statement. “We can’t tell you any more about it right now, but stay tuned.”

Given the price of data in Canada and Rogers’ reluctance to offer Wi-Fi devices, I’m a little apprehensive about a Canadian iPhone. Let’s hope there is some sort of reasonable data plan.