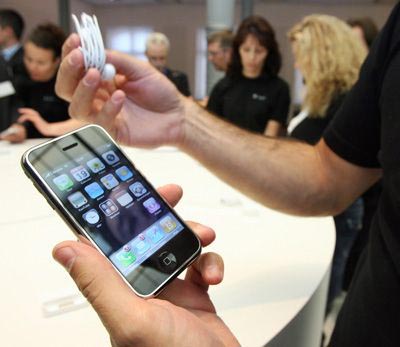 As I’m sure you already know, when you waltz into an Apple store or an AT&T Store to grab an Apple iPhone, they don’t offer you any sort of discount for locking down to a new contract with the circling blue globe of a service provider. A rumor has now surfaced that AT&T will start to offer a subsidy on the 3G Apple iPhone, effectively bringing down the price to a mere $199.

Cupertino being what it is, they haven’t even confirmed the existence of a 3G iPhone yet, but just about every industry pundit is saying that Apple will announce and start selling the next-generation handset some time this summer. The retail price on the 8GB and 16GB models will likely be set at $399 and $499, respectively.

So, how can you get your hands on a 3G iPhone for as little as $199. Well, if you sign your life away with a two-year service agreement, (they say) you will receive a $200 subsidy/discount in much the same way that you would on many other phones from AT&T. The $399 8GB 3G iPhone (that’s a lot of numbers) gets a net price of $199.

Just a rumor, but a very juicy (and plausible) one.