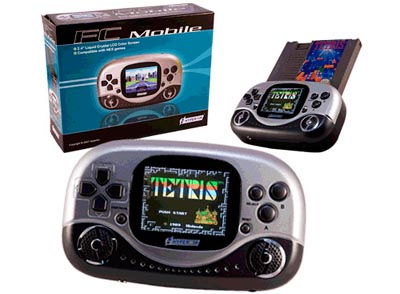 We might have already been exposed to the Game Boy and the DS, but we have never quite had the opportunity to have a truly portable NES until today. FC Mobile has created a portable video game machine that actually accepts original Nintendo Entertainment System cartridges. The cartridge is bigger than the system itself!

The FC Mobile portable console plays original game carts from the NES on its 2.4-onch LCD display. If you find yourself squinting a little too much during your sessions of Double Dragon, Excitebike, and Dr. Mario, then you can opt to send that video feed out to your TV via the included AV cable. The system itself runs on three AA batteries.

Although it’s called the FC Mobile (like Famicom Mobile), this portable gamer will only handle North American NES games. Find it on eBay for about $50.