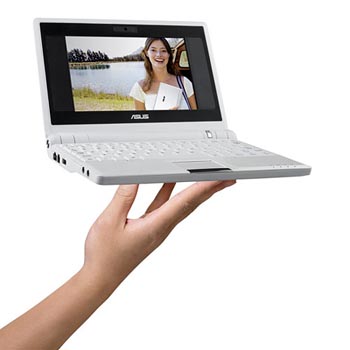 I thought that the whole point of the Asus Eee PC line in the first place was that it was going to be affordable and ultra-portable. As Asus keeps bumping up the proportions, the lines are really starting to get blurred between the subnotebook range of the Eee PC and the “regular” sized laptops that populate the rest of the Asus lineup.

The 7-inch version has been a resounding success for the company and we are all anxiously awaiting the arrival of the 8.9-inch model. It is now rumored that Asus is working on an 11-inch version of this bestseller laptop by the end of this year. This would make the Eee PC the same size as some existing Asus notebooks. So confusing.

By going up to 11 inches and probably bumping the specs to match, it’s likely that the 11-inch Asus Eee PC will be a fair bit pricier than the 7-inch model. If this is so, where would the appeal lie? It’d no longer be tiny (although it’d still be small) and it’d no longer be cheap.