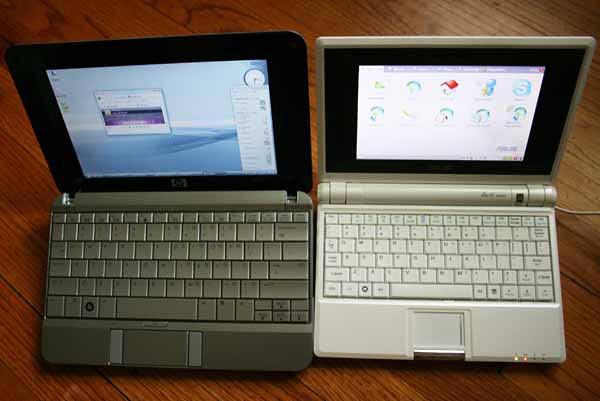 Mark Wilson of Gizmodo had the chance to take the newly released HP 2133 Mini-Note out for a test drive and while his overall impression of the subnotebook is reasonably positive, he is not impressed with the heftier price and extra weight when compared to the Asus Eee PC. The version that he took out for a whirl was the $750 model, getting equipped with an 8.9-inch screen, 1.6GHz processor, 120GB HDD, 2GB RAM, and Windows Vista Business.

Even though this is a remarkably small laptop with less than desktop-worthy specs, Mark says that the top-of-the-line HP 2133 Mini-Note can handle Vista reasonably well and it can even run Aero at a “pretty reasonable level.” It’s not the fastest, but it’s not the slowest either. Running Vista is a completely different feat than the Linux build found on the Eee.

This extra performance comes at a price, however, as this model is nearly double the price of the 4G Eee PC. You do get more storage, more RAM, and a faster processor, so it’s more fair to say that the HP is a small laptop rather than a subnotebook, per se.