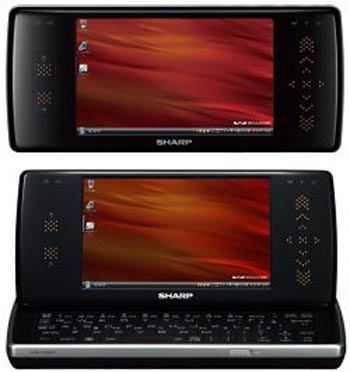 Willcom is far from being a household name in the United States, but it seems that the company is trying to change that with the American launch of the Willcom D4, a Vista-powered UMPC. Powered by a 1.33 GHz Intel Centrino processor (take that Eee PC!), the D4 comes equipped with a 40GB hard drive, 1GB of RAM, Bluetooth, 802.11b/g WiFi, and a 5-inch WSVGA touchscreen display.

I saw similar devices when I took my trip through Tokyo late last year and I have to say that they look terribly convenient. The Willcom D4 is definitely larger than a smartphone, but it’s a heck of a lot more portable than a full laptop too. You get a full QWERTY keyboard for ease of text entry too.

That said, trying to run a full build of Windows Vista on just 1GB of RAM and a relatively slow processor might be an exercise in futility. It also doesn’t help that the Willcom D4 UMPC retails at a hefty $1,526. That’s enough money for three or four Eee PCs. Look for the D4 to launch on June 20th.