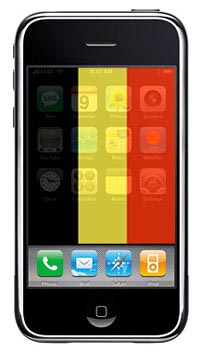 We heard earlier this week that the unlocked 3G iPhone would be coming to Italy soon, but it seems that it won’t just be Viva Italia. The latest rumors surrounding the 3G iPhone are saying that it will come unlocked to the wonderful nation of Belgium. There’s more to Belgium than just Belgian fries!

The next-generation Apple iPhone could very well come in several different incarnations and it seems that Cupertino is open to the possibility of selling the 3G iPhone unlocked, but at premium price points, of course. Because it will be unlocked, the 3G iPhone will be available to all three of Belgium’s major wireless providers: Proximus, Mobistar, and BASE. All three are said to be preparing special iPhone wireless rate plans.

June is the proposed launch date, at which time Mobistar gets a two-month exclusivity deal in Belgium. BASE and Mobistar will get in on the 3G Cupertino action shortly after that.