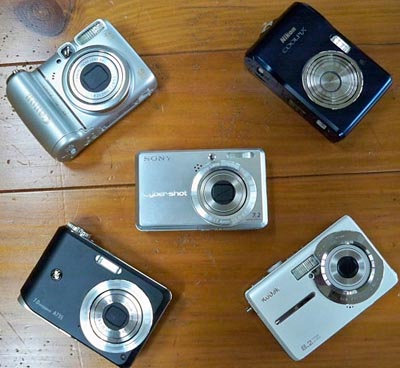 Some people are perfectly satisfied dropping thousands of dollars on DSLRs and all the lenses that accompany that prosumer lifestyle. Others just want a digital camera that is easy to use and can produce a better quality photo than a Motorola RAZR. For the latter, we have this shootout of five cams under $150.

In the end, Benny concludes that the Sony is the best all around package. I’d say that you’re better off spending a little more money for a few manual controls and image stabilizaton, but that’s just me.