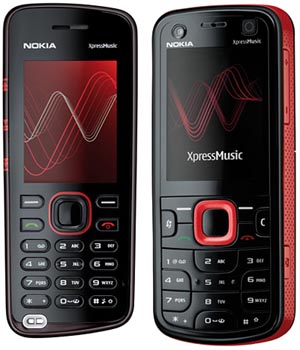 The two latest phones to be added to Nokia’s collection certainly look like siblings, as they bear much the same design and a very similar feature set. The Nokia 5220 and the Nokia 5320 are both bar-style handsets with a distinctly musical focus. This only makes sense, seeing how they belong to the XpressMusic line of phones.