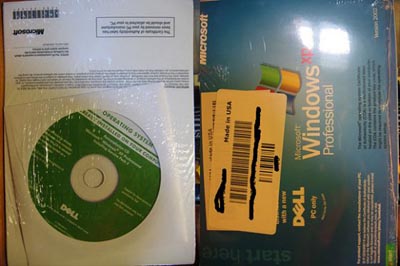 Some of us are just hesitant to join the party known as Windows Vista. Others just haven’t purchased a new computer since the launch of Microsoft’s latest operating system. Whatever the case, if you happen to be rocking an XP-powered computer from Dell, you will only continue to get support for that OS through to 2012. That’s four years, in case your math is a little fuzzy.

Realistically, by the time 2012 rolls around, it’s unlikely that you’ll be using the same laptop that you are now anyways, but it’s nice to have a firm date in mind. Who knows? You convert to the Steve Jobs way in the next four years (or maybe you have already). ‘Tis best to deal with any of your Dell-related XP issues sooner rather than later.

On a side note, the Zune will soon be supporting Audible, something that iPods have been able to handle for years.