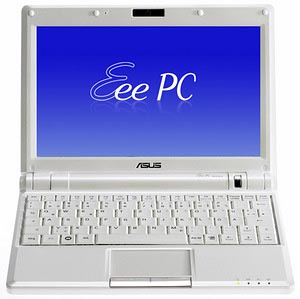 I guess Asustek head honcho Jerry Shen knows a good thing when he sees it, because the company is getting ready to launch yet another version of the Asus Eee PC. Everyone seems to be in love with the original seven-inch model and the 8.9-inch version is just around the corner. But that’s not enough. Milk that cash cow for all it’s worth!

Jerry Shen is saying that a ten-inch version of the Eee PC is yet to come, addressing the feedback that Asus has received about the small keyboard on the existing units. The ten-inch model is meant to satisfy the needs for bigger keyboards on a lightweight laptop, and naturally, the bigger display is nice too.

No further information was revealed about this upcoming Eee PC, but Gizmodo is saying that “the larger size will probably bring the price up quite considerably.” After all, it’s inching (no pun intended) closer to the 11-inch laptops from Asus.