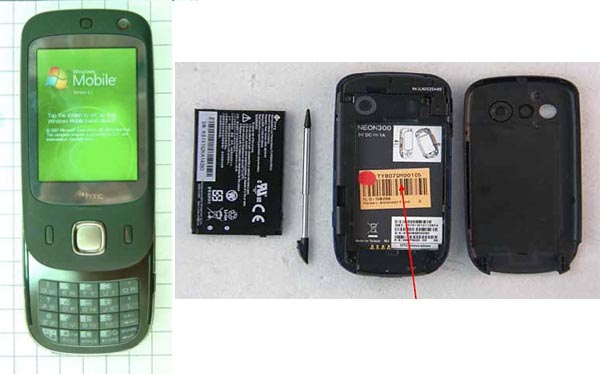 We already know that a US-friendly version of the HTC Touch Dual is coming our way, but we thought that it would only be sold as an unlocked model in stores like Best Buy. According to recent FCC documents, however, there is reason to believe that the HTC Touch Dual will be available through the good people at AT&T.

The current HTC Touch Dual is available with either a numeric or a SureType keyboard, but the HTC NEON300 is only shown with a 20-button SureType keypad. And yes, it has quad-band GSM going on too.