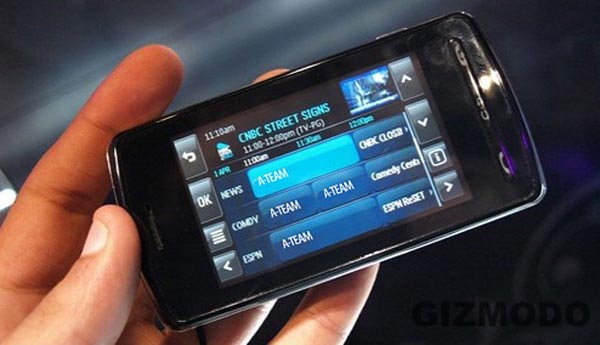 Some details have been leaked about the upcoming mobile TV service from AT&T, including the different price packages and what they are set to include. The tentative launch date is May 4th and there will be three bundles available from the get-go. These bundles are eerily similar to the offerings from Verizon VCast.

At the lowest end of the spectrum is the $13 Limited bundle. This gets you Fox Mobile, CBS Mobile, NBC, and NBC News. Moving it up to Basic, which goes for $15 a month, gets you those same four channels, plus five more: Comedy Central, MTV, Nickelodeon, CNN Mobile, and ESPN. Topping out the range is the $30 Plus package, which is basically the Basic package plus access to the exclusive Sony Pictures channel.

This means that the biggest bundle offers you ten channels. That’s a lot less than what you’d watch at home, but that’s the sacrifice you pay for portability. We hope that the Plus package has more than just Sony Pictures as a bonus, because there’s got to be something to justify that $15 premium over the Basic package.

Looking at this screenshot, it looks like you’ll be watching a lot of Mr. T and the rest of the A-Team. Not that I’m complaining.