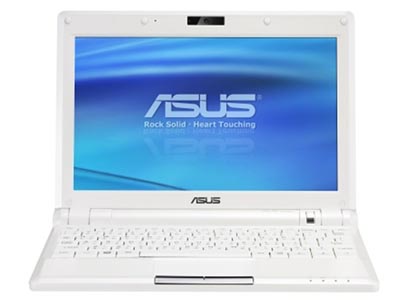 The expected launch of the Asus Eee PC 900 — which is the 8.9-inch upgrade over the existing 7-inch Eee PC — is just around the corner, so we should probably expect a flood of reviews to start pouring in shortly. Initializing the deluge of Asus Eee PC 900 reviews are the folks at CNET UK. Taking the slightly larger subnotebook out for a test drive, they’ve determined that it’s pretty good, but not perfect.

Rory Reid of CNET UK says that he likes the larger display, the bigger storage, and the multitouch trackpad, ultimately giving the subnotebook a rating of 8.7 out of 10. He notes that the keyboard on the Eee PC 900 is about the same size as the one on the 701, so “we still had the same trouble typing on it as we did before.”

It falls slightly short of a wholehearted recommendation due to the mooted touchscreen version and the huge likelihood that Asus will begin using newer Intel Atom CPUs, but for those who can’t wait, it’s a fantastic purchase.