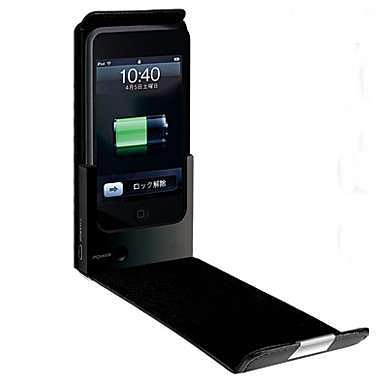 The name might be a little too surfer-chic for a lot of people, but the functionality behind the radJacket CHARGE case is actually pretty awesome. You might even say it’s gnarly.

You see, the radJacket CHARGE is a case for the iPod Touch that will not only protect the touchscreen-equipped portable entertainment device from the odd bump or bruise, but it also provides plenty of extra power on the go. That’s right, it’s like having an extra battery pack attached to your iPod.

How much extra power, you may ask? Well, the radJacket CHARGE has enough juice for up to 46 hours of music, 12 hours of video, or 10 hours of web browsing. It’s not a continual source of power, per se, because you’ll need to have the iPod touch latched in for a three hour charge to get that extra battery life. Too bad it’s Japan-only.