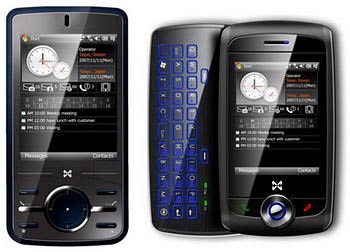 You may not be all that familiar with the MWg brand and that’s because it didn’t really exist until just recently. Before taking on the MWg name, the company was previously known as O2 Asia. To my knowledge, they were simply rebranding Windows Mobile smartphones that were manufactured by the good people at HTC.

After ditching the O2 Asia name and getting acquired by Expansys, MWg is now ready to infiltrate the European market with a couple of Windows Mobile smartphones. Pictured here are the MWg Atom V and the MWg Zinc II, both of which boast names that are a little too reminiscent of HTC models to be ignored. I guess that relationship is still in place.

It will be interesting to see how Expansys will go about marketing these devices, especially since the MWg name is far from being established in the European market. A press conference is scheduled for May 8, so we’ll probably hear more about these MWg phones at that time.