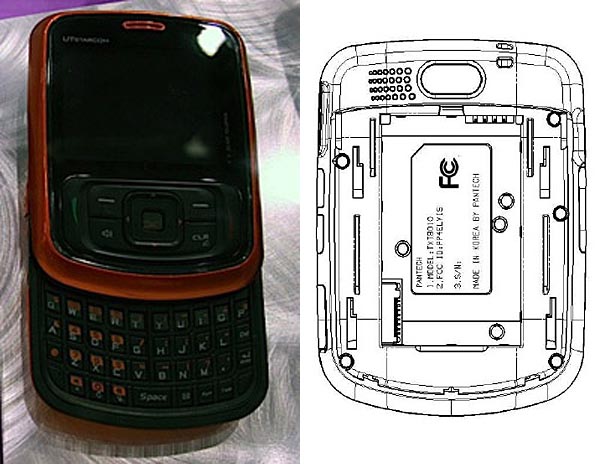 We’ve seen slider phones with QWERTY keyboards before, bub the usual configuration calls for a horizontal sliding mechanism. You know, like the AT&T Tilt and countless other HTC smartphones. Pantech is taking a slightly different approach to QWERTY with the seemingly compact UTStarcom TXT8010.

The slider is vertical, which makes the TXT8010 more similar in form factor to conventional cell phones than it does to a Windows Mobile smartphone or a text messaging device like the LG Rumor. The UTStarcom TXT8010, which is also known as the Pantech Elvis, is a dual-band CDMA handset with a full QWERTY keyboard below the “wide-load display”. Other features include a 1.3 megapixel camera, Bluetooth, microSD expansion, and BREW.

I personally prefer full QWERTY over SureType, so the TXT8010 beats the T-Mobile Shadow and the HTC Touch Dual on this front. That said, this is not a smartphone. It’s just SMS savvy.