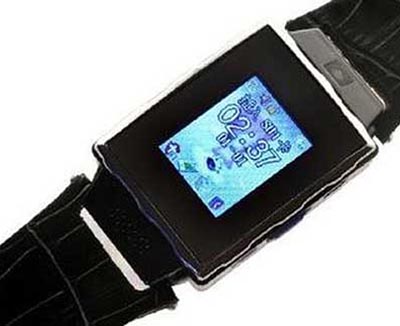 We’ve seen Windows Mobile devices before. We’ve also seen watch phones. Now the two worlds are finally colliding with the arrival of the Epoq EGP-WP98B. Yes, the name is the catchiest thing in the world, but it is pretty cool to be the first Windows Mobile 5-based watch.

Naturally, you may have some trouble making use of such a powerful operating system on such a tiny 1.4-inch OLED touchscreen display, but the geek factor is through the roof. The wristband is made from fake alligator skin and then the cellular side of things is taken care of through quad-band GSM. It’ll do speakerphone and Bluetooth headsets too.

Rounding out the specs are 1.28GB of memory, Wi-Fi, USB syncing, VoIP, and voice recording. You can even take advantage of handwriting recognition on that tiny display. Nutty.