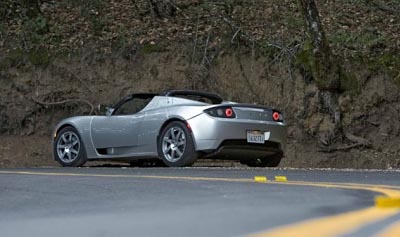 Just because they’re trying to go green doesn’t mean that they’re not interested in the other kind of green. It turns out that Fisker Automotive is being sued by Tesla Motors over the stealing of trade secrets and the sabotaging of Tesla’s projects.

Tesla Motors hired Henrik Fisker to design White Star, a four door electric sedan that would sit alongside the highly applauded Tesla Roadster. Fisker, according to Tesla, then sabotaged Tesla’s project with sub-par work and took off with the trade secrets to make his own electric car. You’ve probably seen the Fisker Karma. The contract between Tesla and Henrik Fisker was worth $875,000.

Because of the sabotage and stolen trade secrets, Tesla had to push the launch date of White Star back six months, turning to Lotus to clean up the mess left by Fisker.