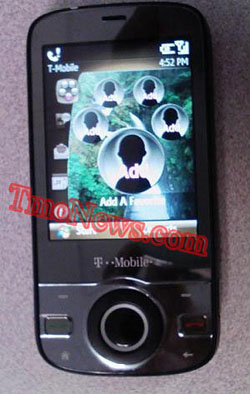 The first T-Mobile Shadow by HTC is a pretty cool device, because it combines the portability of a conventional slider phone with the convenience of a SureType keyboard. It’s actually quite the creative solution for people who like to text, but don’t want such a large handset.

What we see here is the successor to the somewhat popular slider and it’s tentatively called the T-Mobile Shadow II. How appropriate. As you can expect, the Shadow II will replace the first Shadow in T-Mobile’s lineup and it seems that the second-gen unit has smoother corners than its predecessor.

As before, the Shadow II is manufactured by HTC. The new unit will come with [email protected] support, making it the first Windows Mobile phone to interact with T-Mobile’s UMA service. The rest of the specs have not yet been leaked.