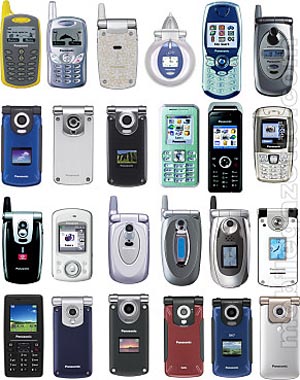 To my knowledge, I don’t know anyone personally who has ever owned a Panasonic cell phone. Even so, I saw that their handsets were reasonably popular when I took a trip through Tokyo last year, so I guess their primary target market has never been North America.

After so many years in the business, Panasonic is proud to announce that they have sold 100 million cell phones. In their home market of Japan, Panasonic has been supplying mobile phones to such popular carriers as NTT DoCoMo, KDDI, and Softbank Japan. In fact, Panasonic has maintained either the top or the second spot in sales in Japan ever since selling their first cell phone in 1987.

For those of you are into the details, the phone that put them over the 100 million mark was a FOMA 905i sold to NTT DoCoMo. Not that it really matters.