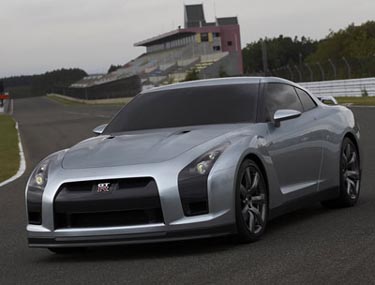 The Nissan GT-R is one impressive piece of automotive machinery. It will represent the most expensive Nissan ever sold in the United States, but the legendary GT-R marque has long since been missing from North American dealerships. As impressive as the Nissan GT-R powerplant may be, the engineers had to slap on a speed limiter for some reason. But you can crack that so-called “uncrackable” speed limiter.

At its very heart, the Nissan GT-R gets powered by a 3.4L V6 mated to a pair of turbochargers. This allows the all-wheel-drive sports coupe to go from zero to 60mph in a mere 3.5 seconds. I guess having 473 horsepower at your beck and call helps. While the car is capable of going up to 193mph, the speed limiter brings this down to just 112mph.

Nissan said that the limiter, which is basically encryption on the ECU, is “very sophisticated and difficult to crack.” I guess it wasn’t really that hard because COBB tuner of the USA has already done it. They’re still ironing out the details, but by the time the GT-R launches, they’ll be ready to tune to the GT-R ECU to your liking, speed limiter or not.