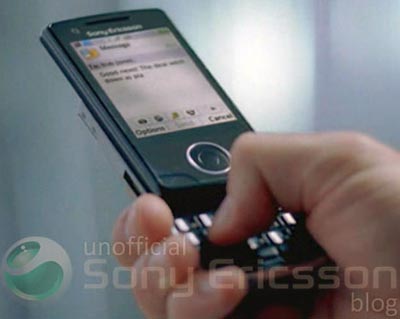 We caught a sneak peek at the Sony Ericsson P5 late last week, and now we’ve received another teaser picture. In the latest leaked photo, we get to take a closer look at the keypad that is hidden within the Sony Ericsson P5 “Paris” slider phone and it doesn’t look like a standard 12-key numeric.

As noted last week, the width of the phone seemed to provide almost enough room for a full QWERTY keyboard, which would be great for people who love sending emails and text messages on the go. In the picture provided by the Unofficial Sony Ericsson Blog, it appears that the P5 is not equipped with QWERTY, opting instead for a SureType-like keyboard. This would represent a similar form factor as the T-Mobile Shadow by Samsung.

SureType could represent a good compromise between the compactness of a numeric keypad and the utility of a full QWERTY keyboard. Stay tuned as more details reveal themselves.