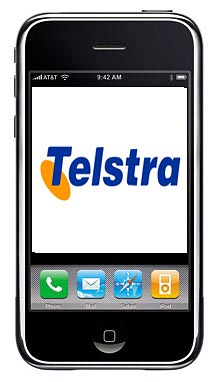 I’ll take this report with a pretty big bucket of salt, but it is in line with the current rumors floating around on the Internet. The latest word is that the 3G iPhone will be launching in Australia in June 2008, leapfrogging the EDGE-fueled iPhone altogether.

As it turns out, Apple resellers in Australia have started to receive some information from Cupertino about how to sell the iPhone and how to handle the launch at the end of June. This June launch would coincide with the reported June launch of the 3G iPhone and it would make sense for the Aussies to sell the 3G unit rather than the current 2.5G unit.

With the notable exception of Telstra’s EDGE network, all the other major network operators in Australia are doing the 3G HSDPA thing. On a related note, the first Apple stores will be opening in Melbourne and Sydney in June as well.