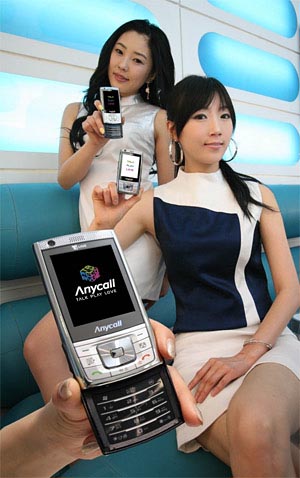 We all know that Samsung knows a thing or two about producing slim slider smartphones and now they’re pushing the uploading envelope with the announcement of the SCH-M470, the company’s first HSUPA handset. As you recall, HSDPA is for high-speed downloads, but what about when you want to upload massive files through the wireless network? That’s where HSUPA comes into play.

The Samsung M470 comes powered by Windows Mobile and it can handle high-speed data transfers in both directions. With HSUPA under the hood, this phone is capable of uploading data five times faster than the WCDMA standard. Other features on the Samsung SCH-M470 include a 2 megapixel camera, Bluetooth 2.0, WiFi, push email, and a slide-out numeric keypad. No QWERTY here.