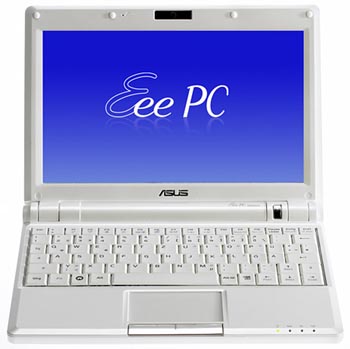 I guess they know that we want it and we want it badly. Although the original announcement called for a launch in June, there is now word going around that the Asus Eee PC 900 will actually hit store shelves in May instead. This might sound like good news for subnotebook enthusiasts, but it does come with a rather significant caveat.

If Asus were to push the release date up by one month, they would effectively have to forgo the opportunity to plunk an Atom chipset into the 8.9-inch wonder. This is a pretty big sacrifice, considering all the hullabaloo surrounding that chipset from Intel. Even so, it could be a move that Asus has to make.

As I’m sure you’ve heard, it seems like everyone else is starting to make subnotebooks these days too and Asus wants to ensure that they can beat the rest of the competition to market. If they dilly-dally in a month later, people may have already nabbed a unit from Acer or HP.