Although I was never much of a comic book geek growing up, I do have a soft spot for superhero movies, even if I know that they’re going to be cheesier than Velveeta. As we look forward to the release of the Iron Man movie, LG is cashing in with the LG Shine Iron Man Limited Edition.

As with so many other limited edition phones before it, I’d imagine that the LG Shine Iron Man Limited Edition will boast the identical spec sheet as the garden variety LG Shine. Booting up the phone, you’ll probably get treated to some special ringtones and wallpapers, but it’s the cool red and gold exterior that’ll make you swoon. Oh, and I guess the part with solid 18 karat gold will jack up the price too.

No word on pricing or availability, but I’m thinking that the LG Shine Iron Man Edition will hit the market around the same time as the movie, which opens on May 2nd. 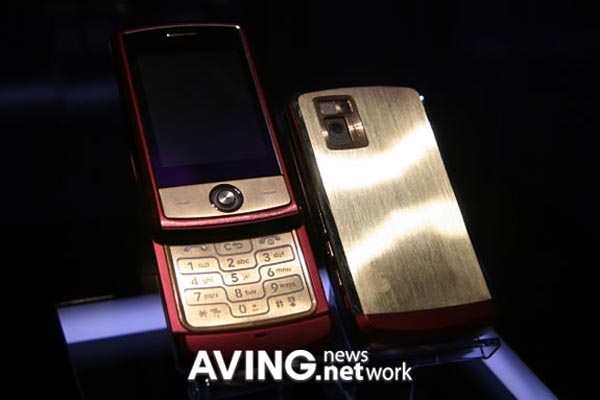