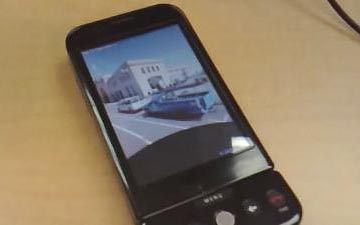 Chalk this one up in the rumor column for now, but it seems like May the 6th could serve as the date where HTC reveals the Dream handheld, the company’s first smartphone to be powered by the Google Android operating system. The source of this rumor stems from the fact that HTC is hosting a major event in London on that day and the tagline for the event is “Witness the next wave of HTC Innovation.”

Up until now, the company has focused its attention on Windows Mobile, so it makes sense that the “next wave” has something to do with a shirt in their focus to Google Android. At the same time, it could just be some sort of el lamo reveal with a slightly modified version of Windows Mobile, maybe with a change to TouchFLO. We certainly hope it has more to do with Android though.

HTC has gone on the record to say that an Android-powered handset will be ready for a commercial launch by mid-2008, but they haven’t gotten any more specific about the HTC Dream. As you know, HTC supplied many of the reference designs for the Android development team. The Dream, we hear, will get a full touchscreen interface and an onscreen keyboard.