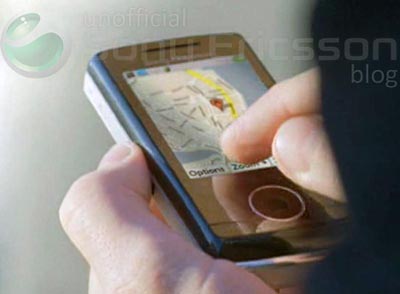 Not only has a picture of the upcoming Sony Ericsson Paris P5 cell phone been leaked onto the Internet, a series of specs has been revealed as well. As you can tell from the provided picture, the Paris P5 is going to be a sliding smartphone, powered by UIQ 3.3.

From this angle, it appears that the Paris P5 is about 16 to 18mm thicker and the body is wide enough to house a QWERTY keyboard. This could be a huge move in the right direction, because people like me can’t live without QWERTY. Furthermore, that large display could very well sport a resolution as high as WVGA/VGA. Awesome.

The rest of the rumored specs include a five megapixel camera, a secondary video call camera, WiFi, Bluetooth, 3G, GPS, and a pre-installed Google Maps.