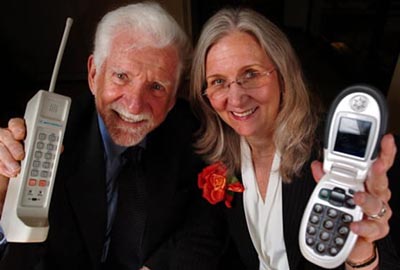 It’s hard to believe that mobile phones have been around this long, but at the same time, I can’t imagine leaving my home without a cell phone on my hip. Yesterday marked the 35th anniversary of the first cellular phone call. The first call was made by Martin Cooper of Motorola and he decided to dial up his rival at AT&T’s Bell Labs. The call was made from the streets of New York City.

Martin Cooper takes credit for inventing the first portable cell phone. Thinking back to that fateful day 35 years ago, he said that “normally blase New Yorkers gaped at the sight of me making a phone call while strolling down Lexington Avenue.” Remember, there were no cordless or cellular phones at the time.

The first cell phone was even bigger than the infamous Zack Morris. It weighed 2.5 pounds, was 10 inches long, and the battery lasted about 20 minutes.