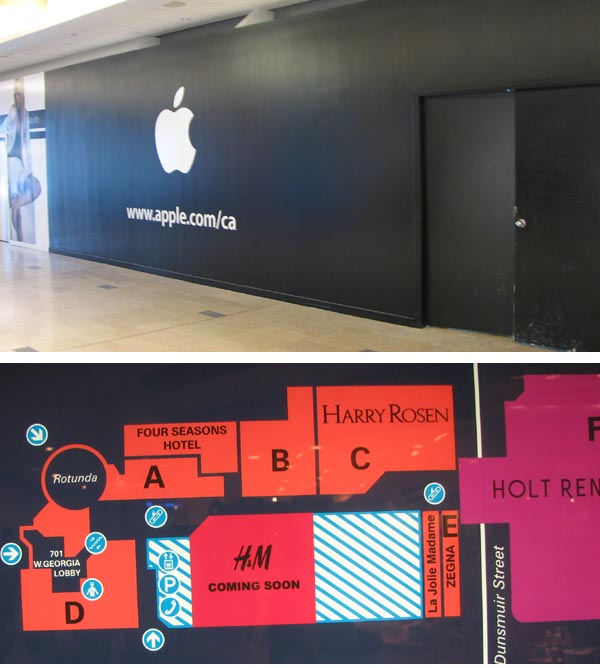 After hearing about Vancouver’s first Apple Store the other day, I just had to head out and have a look for myself. As you may have heard, Apple is opening its first store in Vancouver at Pacific Centre Mall, located right in the heart of downtown Vancouver. This could be pointing toward the Canadian launch of the iPhone, or it could just be wishful thinking.

In any case, I had a look at the mall directory and they had several sections on map blocked out with blue and white stripes. The legend said that this indicated “new retailers coming soon.” Being the investigative journalist that I am, I went and had a look at each of these locations, until I came across the one pictured below. Yes, that’s the new Apple store.

It will be located across the way from Harry Rosen on the upper floor. This is above the EB Games, if that helps. The door was cracked open just a touch and sneaking a peek inside, it looks like construction is underway but they’ve long a long way to go. The walls and pillars are still bare, so it might be a while.