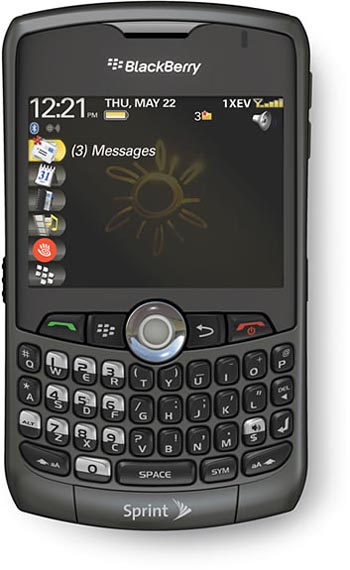 CDMA users have been left out in the cold when it comes to the BlackBerry Curve series of handhelds thus far, but that’s changing this month with the arrival of the Curve 8330 at Sprint. This marks, to my knowledge, the first BlackBerry Curve available to CDMA subscribers, so it’s probably only a matter of time before Verizon jumps on board as well.

The BlackBerry Curve 8330 takes on a form factor not unlike the Curve variations already sold through GSM network operators. The specs are more or less in line as well, as the Curve 8330 gets a two megapixel camera, multimedia player, standard 3.5mm headphone jack, Bluetooth, microSD/SDHC expansion slot, voice activated dialing, and tethering capabilities.

There does not appear to be any explicit mention of Wi-Fi or GPS, so those may come in a future CDMA iteration of the BlackBerry Curve. As it stands, the Curve 8330 will be sold through Sprint starting later this month with a net price of $179.99. That’s assuming you’ll do the two-year agreement, $170 instant savings, and $100 mail-in rebate.