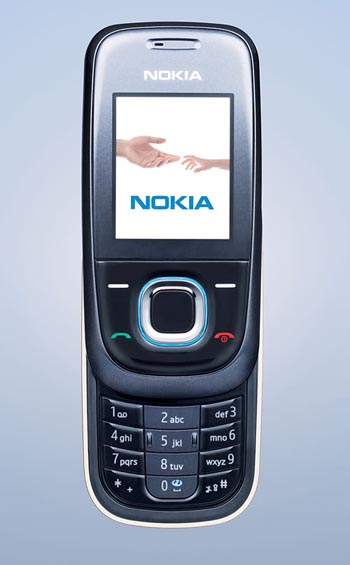 Nokia is no stranger to slider phones. We’ve seen (arguably) terrific devices like the Nokia N81 and the 6500 Slide. Those things are quite the lookers and they come with formidable feature sets. But what about people who don’t want to spend too much money on a phone? Nokia’s sliding solution to that question is the newly revealed Nokia 2680.

As its model number implies, this is definitely an entry-level handset. There have been other reasonably affordable slider phones from Nokia in the past, but they were only affordable when you opted in to one of those “get it cheaper with contract” kind of deals. The Nokia 2680, on the other hand, has been designed from the ground up for entry-level (possibly even “emerging”) markets.

They’ve kept the profile on this slider phone reasonably slim and it’s got a feature set to match. You get FM radio, VGA camera, MP3 ringtones, Bluetooth, WAP 2.0, quad-band GSM, and the S40 interface. Look for the Nokia 2680 to start shipping in Q3 with an estimated retail price of 75 Euro.